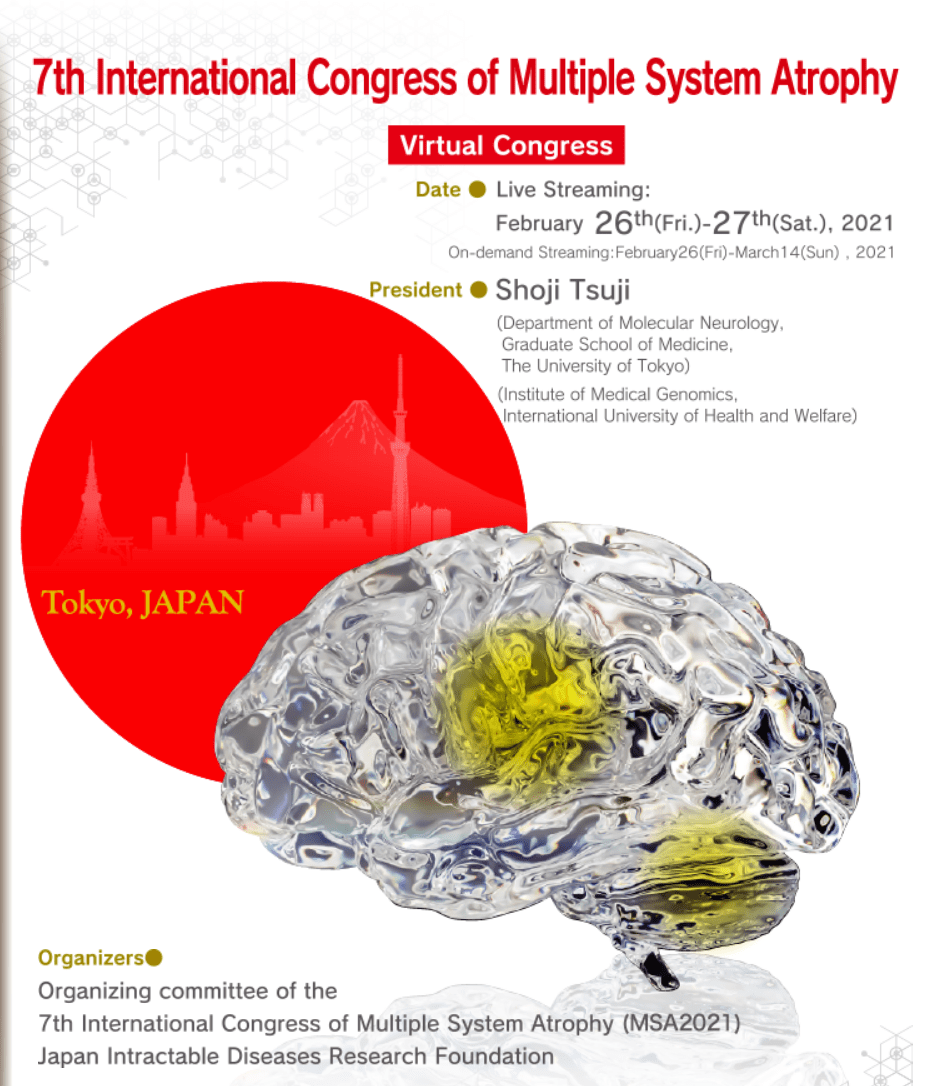 In 2020, Defeat MSA Alliance. along with 6 other partnering organizations formed MSA United International, a research and support consortium (www.MSAunited.org)

The Seventh International MSA Research Congress, was scheduled to be held in Tokyo, Japan, March 20-22, 2020.  However, due to the worldwide Covid19 pandemic, the Congress was rescheduled for February 26 and 27, 2021 and will be held virtually. The meeting will draw together leading researchers, advocacy groups and major stakeholders in the worldwide MSA community. The aim of the Congress will be to foster new collaborative research efforts on multiple fronts.

A diverse group of invited speakers will present updates on MSA research, exploring the many facets in the study of the disease. In 2018, Defeat MSA Alliance participated in the Sixth International MSA Research Congress in New York City which included a keynote lecture by Nobel Laureate Dr. Stanley Prusiner. This year’s Congress looks to be equally compelling – hosted and organized by top brain science experts at a leading Japanese research institution, the University of Tokyo.

“The defeat of Multiple System Atrophy will only arise from a true collaborative effort – a chorus of many good hearts and good minds working toward our common goal” said Dr. Pratik Bhattacharya, M.D., M.P.H., Co-Director of Defeat MSA Alliance. “It will not happen any other way, ” Dr. Bhattacharya added.

The sponsorship of the Congress this year marks yet another step by Defeat MSA Alliance and its partners in the MSA United Consortium toward the building up of a global force for change. In 2014, Defeat MSA Alliance’s director, Philip Fortier was invited to participate as a member of the Advocacy Working Group, representing Defeat MSA Alliance.

As part of the Global Roadmap MSA Research Meeting held in Las Vegas, Nevada. Fortier was a principal author of the Advocacy Working Group’s recommendations which were eventually assembled into a published white paper in 2017, “Recommendations of the Global Multiple System Atrophy Roadmap Research Meeting”  The 2014 meeting was funded in part by a star-studded entertainment event hosted by Iron Chef Kerry Simon, Comedian Bill Murray and other famous rocker musicians. Sadly, in 2015, Chef Simon succumbed to Multiple System Atrophy. Chef Simon is credited with advancing the MSA cause by light years. More about Kerry Simon can be found on his memorial page.

In 2018, Defeat MSA Alliance completed the first stage in the development of a new and free patient tool called, the Global Online Support and Research Hub. The Hub is thought to be the first independent video chat platform designed for people with brain diseases. It includes web-based portals in addition to free downloadable apps that enable mobility limited patients, regardless where they live, to privately connect with others and to provide researchers and clinicians a platform for collaboration, education and research. The Hub also provides access to doctor directories and other resources. In 2021, the Hub and applications are under further development.

Another milestone was reached in October of 2019 when Defeat MSA Alliance announced a large grant to support the first repurposing drug study for MSA at University College London in the UK. In conjunction with that study, Defeat MSA Alliance forged a new partnership with the Van Andel Institute, a world renown scientific research and medical educational institution based in Grand Rapids, Michigan.

“Defeat MSA Alliance is passionate about real progress and being a genuine catalyst for change, in the fight against Multiple System Atrophy,” said Alliance director Philip Fortier, whose brother died of MSA in 2013. Fortier added: “as our mission has always stated and intended, we welcome all like-minded stakeholders, around the world, to join us in this noble fight, to speak for those who cannot, with one mind, one heart and one voice: to defeat MSA forever!” 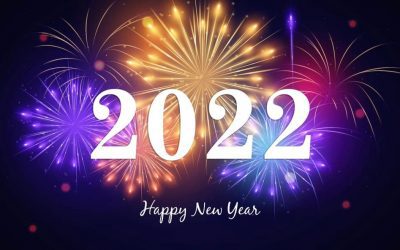 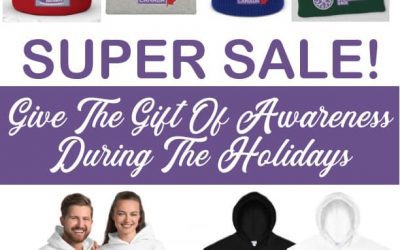 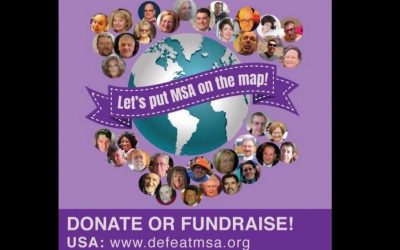